I speak against the amendment. As former shadow Minister for the Prevention of Domestic Violence and Sexual Assault, I read the case of the only woman in recent memory—in 2017—to have been convicted under the Crimes Act. From my experience of listening to women who have been exposed and experienced domestic and family violence, that case screamed to me that that is what it was. It was not enough to prevent her from being charged. I agree with the member for Newtown that scree

IGNORANCE IS NO EXCUSE FOR GOVT HANDLING OF DOMESTIC VIOLENCE CRISIS

The NSW Labor Opposition has rejected excuses from the Premier that she and her office did not know that three frontline women's domestic violence services had their funding slashed in Tuesday’s budget. The Minister for Prevention of Domestic Violence and Attorney General today committed to reverse the Berejiklian Government’s funding cuts to the Sydney Women’s Counselling Service, Penrith Women’s Health Centre and Cumberland Women’s Health Centre after these cuts were brough

The NSW Labor Opposition has challenged the Liberal and National Government to outline any additional funding to combat domestic violence in Tuesday’s State Budget at the same time as services are being informed that their funding is due to end. Funding for the prevention of domestic violence has moved across four main portfolios over the last four budgets, and is generally spread across a number of portfolios, so funding for the sector is always unclear. Labor had promised t

Shadow Minister for the Prevention of Domestic Violence and Sexual Assault, Jenny Aitchison, has condemned the NSW Government for damning figures showing their failure to prevent domestic violence and sexual assault. The latest BOCSAR Quarterly Update reveals that in the two years to March 2019:  Domestic assault increased by 6 per cent  Indecent assault and other sexual offences increased by 5.8 per cent  Stalking, intimidation and harassment increased by 3.5 per cent  B

AITCHISON SHARES THE DIGNITY IN MAITLAND

Member for Maitland Jenny Aitchison MP is again proudly supporting the Share the Dignity Drive, an initiative to ensure all women have access to basic sanitary items. Every day, there are homeless women and victims of family violence who cannot afford to purchase essential sanitary products like tampons and pads. The Dignity Drive occurs in April and August each year. During the Drive people are encouraged to purchase sanitary products and donate them to a collection point. M

Shadow Minister for the Prevention of Domestic Violence and Sexual Assault Jenny Aitchison has condemned the Berejiklian Government’s failure to implement effective rehabilitation programs for domestic violence perpetrators. A report released by the Bureau of Crime Statistics and Research has analysed the impact that the NSW Government’s DVEQUIPS program has had on the rate of re-offending committed by domestic violence perpetrators. The report shows that just over one-third

NSW GOVERNMENT FAILS ITS OWN EMPLOYEES ON DOMESTIC VIOLENCE LEAVE

The Berejiklian Government has refused to commit to expanding existing paid domestic violence entitlements to 10 days for all NSW Public Servants, and admitted that not all public servants are eligible for the leave. While Minister Goward said the Government “absolutely” accepted that there is a role for employers to provide women escaping domestic violence with access to DV leave for counselling and court appearances, she refused to give a clear commitment to advocate for an

Today Rape and Domestic Violence Services Australia (RDVSA), which has been providing trauma counselling to 1800RESPECT clients since its inception, has decided to withdraw from the 1800RESPECT Trauma Counselling Service. We are advised that RDVSA made the decision to withdraw after considerable negotiations with Medibank Health Solutions. RDVSA has said that this decision was not made lightly, especially given that many experienced and highly qualified trauma counsellors wil 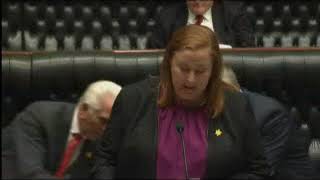