Labor leader Luke Foley will introduce a Bill to NSW Parliament this week, which will make every employee eligible for paid domestic violence leave each year. Labor’s Domestic Violence- Paid Leave policy will give every employee in both the public and private sectors the ability to take 10 days (non-accumulative) paid domestic leave each year. Mr Foley was today joined by Shadow Minister for Industrial Relations Adam Searle and Shadow Minister for the Prevention of Domestic V

The NSW Labor Opposition has called for an investigation into the aborted tender process for the Women’s Domestic Violence Court Advocacy Service (WDVCAS) as the Berejiklian Government embarks on yet another backflip on one of its signature policies. This week, Legal Aid advised that the tender process to appoint WDVCAS service providers for the period 1 November 2018 – 30 June 2020 had been discontinued in line with clause 24.1 of Part B – Conditions of Tendering in the tend

GOVERNMENT MUST COME CLEAN ON CHANGES TO WDVCAS

Shadow Minister for the Prevention of Domestic Violence and Sexual Assault Jenny Aitchison has challenged the Berejiklian Government to come clean on planned changes being made to the Women’s Domestic Court Advocacy Service (WDVCAS). WDVCAS is the key organisation in delivering the government’s signature Safer Pathway Program for helping survivors to escape Domestic Violence. This week, the NSW Government quietly released a request for tender for non-government, not-for-profi

NSW GOVERNMENT NEEDS TO TAKE THE LEAD ON WORKPLACE HARASSMENT

With a reduction in recidivism one of the so-called “Premier’s Priorities”, the Berejiklian-Barilaro Government has again failed domestic violence victims and survivors in its eighth and final budget before the 2019 election. Shadow Minister for the Prevention of Domestic Violence and Sexual Assault and Shadow Minister for Women, Jenny Aitchison says this is further evidence of a Government that has wrong priorities and has set domestic violence service providers up to fail d 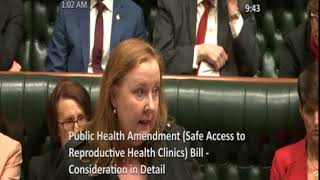 Shadow Minister for the Prevention of Domestic Violence and Sexual Assault Jenny Aitchison is demanding the Berejiklian Government release its Sexual Assault Strategy, following the dramatic increase in offences in NSW over the past two years. Data released today by the NSW Bureau of Crime Statistics and Research show a 7.2 percent increase in sexual assault offences while there has also been a 6.3 percent rise in indecent assaults and other sexual offences. Minister for the 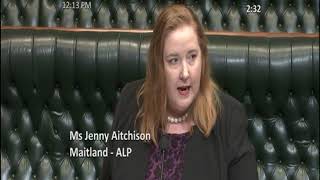 The Berejiklian Government this afternoon refused to support Labor’s policy to scrap the GST on tampons and other feminine hygiene products. Acting NSW Shadow Minister for Women Jenny Aitchison said such a move would make a big difference to women in their everyday lives. NSW Minister for Women Tanya Davies refused to support Labor’s policy and accused the Labor Party of confected sensitivity on the issue. It is estimated that women spend around $10,000 on such prod
1
2345